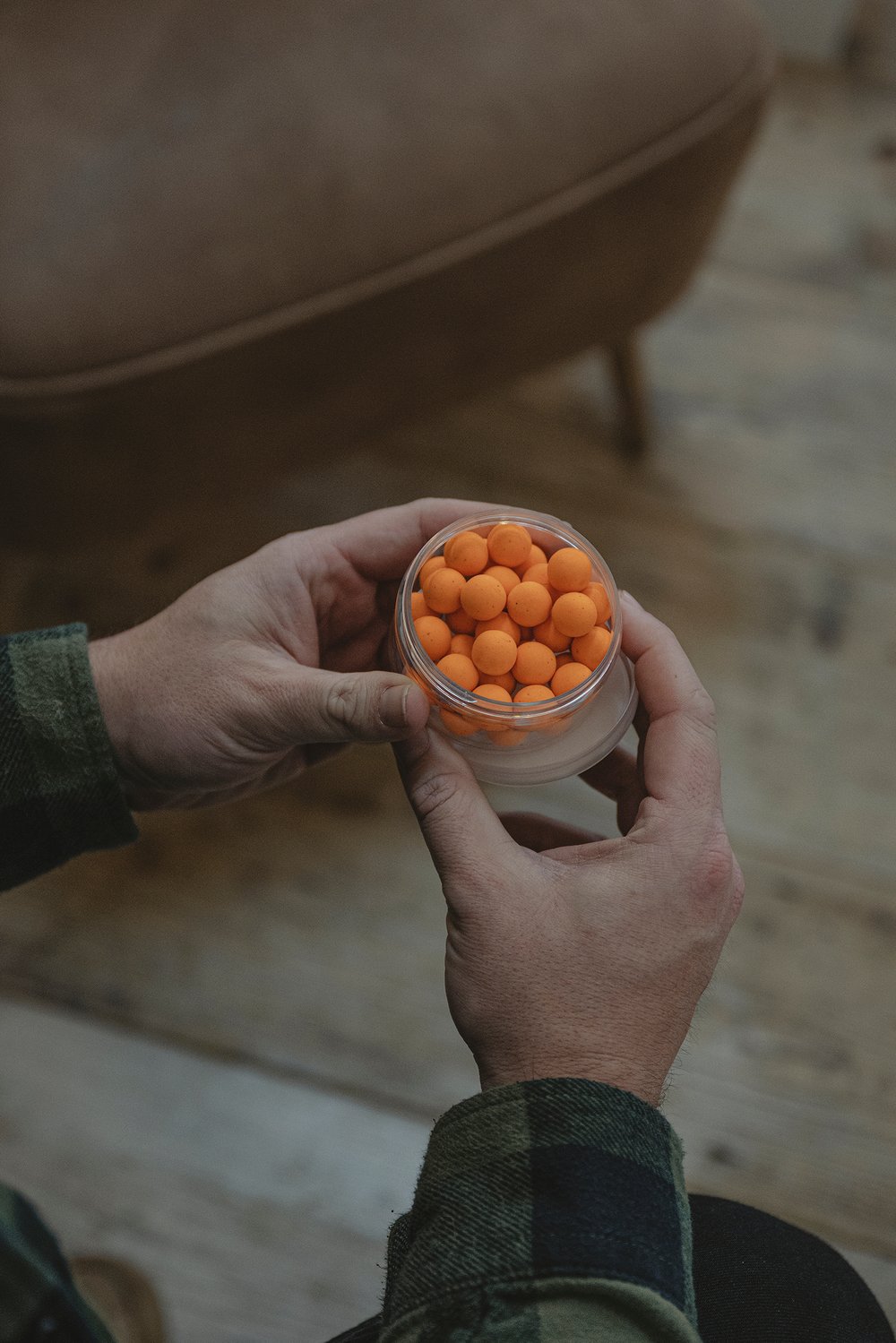 In the mid to late 90s Nashy's Squid mixes (All Season mainly) took our Benelux scene apart. As a spin off Gary Bayes came up with Maple Squid, a combo a lot of the old schoolers will remember dearly. Recently we found a full bottle of this combo in a French tackle shop that was closing, along with its dedicated dip. So we got the ball, ermm pop up, rolling: OG Maple Squid flavour, combined with the best Honey flavour on today's market (think of old Nutrabaits version) and CC Moore's old liquid Talin. The result is outstanding: a nice, round of smell and taste and something that's on you hands for hours, if not days!

*15 mm only
*Perfectly shaped
*Available in deep orange only
*We also do a cured version with the Maple Squid dip & which is mega potent, but a tad more expensive as well due to the long curing period and need of more liquid and our Pure Cure sweetener.

FOR THOSE OF YOU WHO HAVEN'T GOT PAYPAL

Surf to our new shop www.monkeyclimbermagazine.com